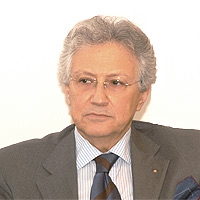 Since 1977: Responsible for the clinical sections in the Gastroenterology Unit.
1977 - 1980: Assistant at the Gastroenterology Unit, General Hospital (Ospedale Maggiore) Parma.
1983 - 1984: Worked in the 5th “leading” Medical Division, Parma Hospital.
1984 - 1986: Responsible of the "bleeding centre" of the Gastroenterology Unit.
1986 - 1990: Full-time deputy medical officer (aiuto corresponsabile) at the Gastroenterology Unit.
1989 - 1992: Lecturer on mandatory training courses for General Practitioners.
1989 - 1990: Training courses for doctors under the programme set up by AIGO (Italian Association of Hospital Gastroenterologists and Digestive Endoscopists)
1990 - 1994: Full-time Gastroenterologist deputy, in charge of the ASL 4 service.
1994 - 1996: Full-time consultant under permanent contract. (Dirigente medico di Fascia A al I livello)
1996 - 1999: Full-time consultant under permanent contract, head of unit. (Dirigente medico – I livello)
Until 2001: Director of the Gastroenterology Laboratory.
1999 - 2008: Full-time consultant under permanent contract, case manager.
2008 - 2010: Director of the Inter-company program to integrate the Hospital with the rest of the Territory as commissioned by the Local Health Authorities and the University Hospital.
Since 1988 he is member of the Association of Surgeons and Dentists of Parma where he completed various tasks as head of the Commission, secretary and Vice President as of 2000.
Since 1/1/2012 he is the Provincial President of the Association of Surgeons and Dentists of Parma and has been simultaneously elected President of the Regional Federation of the Associations of Doctors of the Emilia Romagna Region for the three-year period 2012-2014.
Member of the Provincial Social and Health Conference – Conferenza Socio Sanitaria Provinciale (CSST) which is a large provincial organization for health planning.
Member of the National Council of Professional Ethics (FNOMCeo - Federazione nazionale degli ordini dei medici chirurghi e degli odontoiatri) and the National Commission for Health Professions for the three-year period 2011-2014.
Member of the Scientific Board of the Laboratory’s health systems and for the organization of health services at the University of Parma for the three-year period 2011-2014.
Member of the Scientific Committee of the Medical Society and Natural Sciences of Parma.
Lecturer at the Specialisation School of Gastroenterology and Digestive Endoscopy at the University of Parma and has been a Lecturer of Digestive Endoscopy at the School of Specialization in Medical Oncology at the abovementioned university.
Currently, he is a Lecturer for the course “Etica e Deontologia medica” which is part of the Degree in Medicine and Surgery.